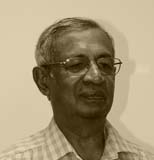 Mr. Janaka de Silva graduated from the University of Ceylon, Peradeniya in 1966 offering Physics and Mathematics.  He holds an MBA. degree from the University of Sri Jayewardenepura, and is a Fellow of the Institute of Chartered Accountants of Sri Lanka (CA Sri Lanka), the Chartered Institute of Management Accountants and the Institute of Bankers of Sri Lanka. Mr. Janaka de Silva’s association with computing commenced in 1978 when he was assigned the task of computerizing the operations of the Bank of Ceylon.  Later Mr. Janaka de Silva joined Sampath Bank as the founder General Manager/CEO where he was responsible for reaching many milestones such as a multi-point ATM network and extended banking hours.  At Union Bank too, which he joined in 1995, he was actively involved in setting up operations and many key milestones were reached; the concept of bank branches was eliminated, phone banking was introduced and Union Bank was the first bank to have a presence on the Internet with its own website. It was the first bank to introduce Internet banking.

Mr. Janaka de Silva’s association with computing commenced in 1978 when he was assigned the task of computerizing the operations of the Bank of Ceylon.  Mr. Janaka de Silva had previous exposure to a computerized environment when he was working as a Senior Accountant of the State Engineering Corporation during the period 1970 to 1972. When Mr. Janaka de Silva took over the project of computerizing at the Bank of Ceylon, an order had already been placed for an IBM System/34 computer system with 128K of RAM and 128 MB of disk space. The emphasis had been on supporting the finance functions for the generation of financial reports as well as reports for the Central Bank.

Soon afterwards, Mr. Janaka de Silva had the opportunity of visiting Hong Kong to attend a program arranged by IBM. There, he was able to observe how computers were being used to provide enhanced customer service across the counter, rather than being used as a back-office tool.  All along, Mr. Janaka de Silva believed that computers should be used to provide service to customers.  The data which is captured in handling transactions should later be used to generate the required reports, rather than the data being re-entered for financial reporting and accounting.

Although the Bank of Ceylon had placed an order for a computer system, there was no preparation to either recruit staff or to prepare the infrastructure for the installation. Therefore, Mr. Janaka de Silva’s first step was to recruit a competent Data Processing Manager.  Mr. Janaka de Silva states that the bank was extremely fortunate to attract one of the most eminent computer professionals, Dr. RB Ekanayake, to take up the post.  They then recruited other staff and commenced computerization.  The first task was to computerize the area of Foreign Trade.  The Foreign Trade operation was concentrated at one point – that is, at the Head Office at York Street.  Therefore, there was no necessity to communicate with external locations.   During this period, when an institution wanted to install a computer system, Analyst Programmers used to be recruited.  They were graduates who used to be trained at the vendors’ premises.  This was a lengthy process; firstly, the system had to be analyzed, then they came up with the recommended system for the particular end-user or the end-user Department and an idea was given on the type of reports that could be generated to assist their operations.  This was an iterative process.  Thereafter, the coding commenced.  At that time coding was done using RPG 2.  (Report Program Generator).  This was the language recommended by IBM to be used with the System/34.

Later, automation was extended to other areas such as generating telex messages to be dispatched to the correspondent banks etc.  Mr. Janaka de Silva emphasizes that all this work was done under the direction of Dr. RB Ekanayake.

When it was decided to bring computers to the front office to transact with customers, IBM recommended an IBM 4331 Processor and System 3600 peripherals for the branches.   Vendors generally did not provide application software.  But for this venture it was decided that an application package should be purchased.  The “SAFe” package had been developed by IBM in South America and was extensively used in that area and in the South East Asian region.  SAFe was written in Assembler, and Dr. RB Ekanayake had stated that it was one of the most efficient programs that he had come across.   Data was handled at bit level.   For example, when a cheque book was issued, the cheque number was denoted at bit level, and according to Dr. Ekanayake, no line of instruction had been repeated in the entire program.  During this period a telecommunication link of 2400 bits per second was being used.  Later, Mr. Janaka de Silva learnt that Hong Kong had been working using lines of 1200 bits per second.

In 1987, Mr. de Silva joined Sampath Bank as the founder General Manager/CEO.  Mr. Janaka de Silva ascertained that competition with the established banks had to be through technology.  Therefore, he persuaded Dr. Ekanayake to join him in this effort.  At the outset an IBM System/36 along with IBM 4700 the next generation of banking peripherals were used, later to be replaced by an IBM 4331, to be further upgraded to an IBM 4381 at the center, with the increase of the volume of transactions.

Dr. Ekanayake joined Sampath Bank on 2nd February 1987 and he and his team had the system ready for the Bank’s soft opening on 25th March 1987.   Mr. Janaka de Silva states that doing this in seven weeks was miracle.

Mr. Janaka de Silva states that the first ATMs were installed by HSBC at their premises at Sir Baron Jayatilake Mawatha.  But this had been only a single-location ATM.  He states that Sampath Bank was the first bank to install multi-point ATMs.     Radio communications had been used for branches in and around Colombo.  During this period, there were no service providers for radio communications.  Therefore, they developed suppliers for this purpose.  The Company which offered a solution was Electroteks, headed by Mr. B.A.C. Abeywardena.   Mr. Janaka de Silva and the team had worked with him successfully to connect almost 10 branches to the center.  Branches were opened in Kandy, Kurunegala and Matara.  Mr. Janaka de Silva and his team thereafter, worked with the Engineers from the Department of Telecommunications and the resulting link connecting Colombo to Kandy was a digital link.  The link from Kandy to Kurunegala was analog.  The quality was adequate and they successfully operated with telecommunication lines.  Thereafter, Matara was connected.

Mr. Janaka de Silva was also a member of the Steering Committee on setting up the Automated Clearing House (ACH).  Prior to setting up the ACH, he and the Committee went on a tour to study installations in South East Asia.  The entire Committee went to Singapore, but thereafter two representatives from the Bank of Ceylon extended the tour to cover Malaysia, Philippines and Hong Kong.  The Head of Operations at the installation in Malaysia made a pertinent remark.  He said “In this region we automate the manual systems.  We are not making full use of the capabilities of computers.  We are merely trying to mimic the manual system with the use of computers, which is not the most appropriate way in which to proceed.”.     When Mr. Janaka de Silva and others in his team visited Hong Kong, they were able to study the way in which a system should be implemented properly.  There was no necessity for reports.  If a transaction was executed and completed with all necessary controls, there was no necessity to generate reports, unlike in a manual system.  This was significant, at this time.

The perfect fraud that was perpetrated at Sampath Bank was never solved and involved the withdrawal of LKR 800,000/-.   This was in 1989 at the height of JVP hostilities.  The banks were compelled to close for a continuous period of four days.  When the bank opened on the 5th day, it was crowded.  On this day someone presented a passbook and withdrew LKR 400,000/-, from an account.  This person then went to another branch, presented the same passbook and wanted to withdraw LKR 400,000/-. Both transactions were completed, and the bank realized that night that a fraud had been perpetuated.   All the necessary documentation such as the name, address and nations identity card (NIC) number had been there, and the police arrested the owner of the NIC.   Later, it transpired that the NIC had been lost earlier and the loss had been reported to the police.  Mr. Janaka de Silva, on retrospect says that there were system weaknesses of which they were not aware at that time.

Mr. Janaka de Silva, during this period had a laptop which he used to communicate with the system through a dial-up connection.  He used to monitor the availability of ATMs from home.  If an ATM was off-line, he could activate it from home.  This was a break-through at the time.

In 1995, Mr. Janaka de Silva joined Union Bank and there too, he was actively involved in setting up operations.  There too, a Computer Department was set up.  A major milestone was to eliminate the concept of bank branches; the customers were deemed to be customers of the bank and not customers of any particular branch.  The branches were known as service outlets and customers could execute transactions from any location in the network.

Another innovation made at this bank was email banking.  A package developed by IBM Sri Lanka, with Mr. Sujeewa Disanayake at the Lead Programmer was used for this purpose.

Mr. Janaka de Silva states that there were other banking packages developed by Si Lankan Companies such as DMS Software Technologies and NCR Corporation Sri Lanka.  Mr. Janaka de Silva states that Sri Lanka should develop such software further and market these aggressively to other banks and thereby save foreign exchange and also provide opportunities for people in the ICT industry to further develop their skills.  Even now, he says, it is not too late to think along these lines and develop Sri Lanka’s own software for the banking industry.