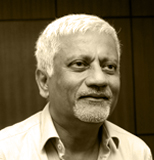 Prof. Rohan Samarajiva was Director General of Telecommunications in Sri Lanka in 1998-99. During his tenure, a regulatory environment was created and the foundation for a competitive telecom sector were laid. He has contributed significantly toward telecommunications reforms which have impacted the development of the Internet in Sri Lanka. During the period 2002 – 2004, Prof. Samarajiva was the Team Leader at the Sri Lanka Ministry for Economic Reform, Science and Technology and participated in designing the e-Sri Lanka Development Program which was implemented by the ICT Agency (ICTA) of Sri Lanka. He was a founder Director of ICTA from 2003 to 2005 and was its Chair from April 2018 to December 2019.

Prof. Samarajiva’s first requirement as Director General was that he should have Internet connectivity. Only dial-up connections were available. The waiting lists for new connections at this time was nearly 300,000 and exceeded the number of customers. Government had realized that competition was necessary. One requirement for competition was to rebalance revenues. Even though less than 10% of the SLT customers were using international direct dialing facilities, more than 50% of revenues came from IDD. The Government sold 35% of its shares in SLT to Nippon Telegraph and Telephone (NTT) for USD 225 M which included a commitment to rebalance rates and revenues. It also entered into an agreement for NTT to manage SLT for five years.

Prof. Samarajiva realized that there was no alternative to implementing the Government’s commitment to increase the contribution from domestic revenue in light of the expected decline in international revenue. Applying economic theory, with a rational pricing model Prof. Samarajiva addressed the issue of peak time pricing. Prof. Samarajiva and the team agreed to identify the period of high usage because it was during these periods that most income was received; it was agreed to reduce the prices during the off-peak period when usage was low. Therefore, from about 11.00 p.m. onward a new frequency band was introduced which was about 12 times less costly. Prof. Samarajiva appeared live on TV, spoke on radio and explained to users that it is not possible to rely on the international monopoly and unless prices were raised competition could not succeed. Competitors had to be able to price at an economic level which covered their costs within the domestic market because they were not allowed international calls during the exclusivity period which had been given to SLT. Prof. Samarajiva wryly recalls that someone had told him then that he was not letting people sleep.
He explains that by introducing competition they had made it possible for people to ascertain the packages available in the competitive market and it has resulted in the customer-centric state presently available.

The Japanese management with great difficulty had managed to change the culture at SLT from a union dominated Government department, to a modern organization, which it is today. Prof. Rohan Samarajiva states that of all the incumbent (or formerly or currently State-owned) telephone companies in South Asia, it is SLT that is performing best.

The Management Agreement that the Government signed with NTT stated that no further licenses for international telephony services would be issued for five years. SLT was to have a monopoly in international calls for five years. But from 1991 onward licenses had been issued allowing for “enhanced data telephony”. The first such license had been issued to Electroteks. The term was also included in licenses issued to Lanka Internet and LankaCom etc. Due to this, Internet Service Providers were bringing in international calls. When Prof. Samarajiva assumed office, he had ensured that no further licenses were issued. As Prof. Samarajiva’s tenure was ending there were numerous Court cases; the very first telecom-related Court case was when SLT challenged TRC’s interconnection decision. Numerous Court cases, in a sector which required investment was not satisfactory. Therefore, once he returned in 2002, Prof. Samarajiva managed to get the companies together and they – except one – withdrew the Court cases.

This was one of the most difficult periods that Prof. Samarajiva had been through; 2001 was one of the worst years in the economic history of the country and Sri Lanka had shown negative growth for the first time since independence. Uncertainty about ending the exclusivity with regard to the international segment, was detrimental towards bringing investment to Sri Lanka. Prof. Samarajiva was of the view that an announcement should be clearly made whether it was to be extended or ended. The economic subcommittee of the Cabinet agreed. The exclusivity with regard to the international segment, which was a part of the privatization agreement, was to end in mid-2003. A public statement was issued around November 2002 stating that the Government would be opening up the international segment. The announcement was made before the Initial Public Offering (IPO) and consequently the IPO was successful. The results were immediate. One of the barriers that had held back investment in Business Process Outsourcing activities was removed. A marquee player in captive BPO, HSBC, required redundant data connectivity from multiple service providers using multiple media, not with one undersea cable but from at least two. The HSBC building in a visible location, gave a powerful message – that it was possible to carry out business even in a war-torn country.

Prof. Samarajiva states that in a way, this was the conclusion of reforms, though few loose ends still remained. Competition was allowed, a regulatory environment was created where prices were generally set through competitive regulatory mechanisms and monopoly had ended.

The Competitiveness Initiative and the e-Sri Lanka Development Program

Under the work carried out through the Competitiveness Initiative, chaired by Prof. Lalith Gamage, issues relating to the BPO industry etc. had been addressed, and it was realized that there was unrealized potential in Sri Lanka. Therefore, when the former Minister Milinda Moragoda and Mr. Eran Wickramaratne commenced work on designing and implementing the e-Sri Lanka Development Program, Prof. Samarajiva was brought in to address telecommunication related issues. Implementing the e-Sri Lanka Development Program would not have been possible without the telecommunication reforms and removing the monopoly with regard to the international sector. The foundation had to be fixed. There were a series of telecommunication reforms proposed including a new regulatory agency, price forbearance, so that most price packages did not require Government approval and it was in this context that the Regional Telecom Networks (RTNs) were planned in 2002/2003 to bring in fiber networks to two designated remote regions in Sri Lanka. USD 20 M had been budgeted for this. But the RTN project RTNs was not implemented due to Court cases arising from the lack of regulatory safeguards.

During his tenure as Director General, a team from the International Telecommunication Union (ITU) visited Prof. Rohan Samarajiva and proposed that tele-centers should be established. Prof Samarajiva had explained that he was involved in fixing the overall regulatory and economic structure and it was necessary to get interconnection and address tariff issues and a sufficient number of staff were not available for setting up tele-centers. But the Lanka Academic Network (LAcNet) had played a very important role in getting Sri Lanka connected to the Internet. Ms. Chulie De Silva of LAcNet was in Sri Lanka during this period and LAcNet had funds. Therefore, Prof. Samarajiva had proposed to LAcNet that they should set up tele-centers and see how they worked. A tele-center was consequently set up in Anuradhapura. This was an experience which Prof. Samarajiva could later draw on when designing the tele-center program under the e-Sri Lanka Development Program.

Rupavahini TV had a program on Saturday mornings “Shanida Ayubowan” (ශනිදා ආයුබෝවන්). Prof. Samarajiva was asked whether he would be interested in a slot. He agreed, on condition that it had to be forward-looking and technology-centric. Consequently, most of the content was on the potential of the Internet.

During this period, color printers were prohibited in Sri Lanka due to the fact that they could be used to photocopy currency notes. He was asked about this issue during the program and he showed a Rs. 200/- note and recommended that notes such as that which were difficult to photocopy should be used, prohibition of color printer were no longer necessary. There were many responses for this program.

Another program was started by Rupavahini called “Internet to your Home” (“අන්තර්ජාලය ඔබේ නිවසට”) which was a weekday evening program on prime time. Prof. Samarajiva reminisces that he did both programs with Mr. T.M.G. Chandrasekara who played a key role in popularizing the Internet. Others, such as Mr. S.T. Nandasara from the University of Colombo used to appear on this program occasionally. It was demonstrated on live TV that it was possible to search on any topic on the Internet and get information. Prof. Samarajiva recalls that years later, people used to tell him that they had watched these TV programs when they were children, and that the programs had greatly impacted their lives. They even used to recall the episode on the Rs. 200/- note. People remember these details, Prof. Samarajiva, says and public communication is so powerful, maybe even more impactful than all the work he did on telecom reform.

Finally, Prof. Rohan Samarajiva states that conditions required for the Internet to flourish had been created through competition and regulation and removing monopoly elements. Unless investment to roll out networks throughout the country had been attracted and affordable and customer-responsive services provided through competition, we would not have the kind of Internet access we enjoy now. This is the story of how telecommunications reforms contributed towards the development of the Internet in Sri Lanka.