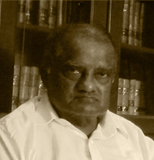 Mr. Dharmawardena became a member of the CINTEC Committee on Law and Computers in 1986. He represented the Attorney General’s Department. CINTEC, the predecessor to the ICT Agency of Sri Lanka, set up the Committee on Law and Computers to address the “formulation and incorporation into the country’s legal system suitable measures relating to computers and IT ….”. The Committee, at the outset realized that there was a need to examine the law of evidence to ascertain whether it could deal with new conditions that could emerge through the use of IT. This key assignment on the preparation of proposals for legislation was given to Mr. Dharmawardena. This work on the admissibility of information produced by computers and other electronic devices were finalized and resulted in the Evidence (Special Provisions) Act No. 14 of 1995.

The CINTEC Committee on Law and Computers:

The Committee on Law and Computers was established in 1986 as one of the Working Committees of the Computer and Information Council of Sri Lanka, which was later named the Council for Information Technology (CINTEC). At its first meeting held in February 1986, the rationale for the setting up the Committee was discussed: “…… In a few years Computer Technology related matters could become major legal issues. The main purpose of setting up this Committee is to look into the formulation and incorporation into the country’s legal system suitable measures relating to computers and information technology, so as to promote is wide use and development”.

The other members of this Working Committee, over several years included the following; Prof. V.K. Samaranayake, Chairman of CINTEC, Dr. D.M. Karunaratne, Director, National Intellectual Property Office, Mr. Upawansa Yapa PC, Solicitor General, Mr. P.B. Herath and Ms. Dhara Wijayatilaka, who were Secretaries to the Ministry of Justice, Dr. Shirani Bandaranayake and Mr. N. Selvakkumaran who were the Deans of the Faculty of Law, Mr. Nalin Abeyesekera and Ms. Therese Perera, who were the Legal Draftsman, Mr. W.P.G. Dep from the Attorney General’s Department, Mr. Lal Dias an IT professional from the banking sector, Mr. B.K.G. Nawaratne from the Police Department, Mr. K. Kanag-Iswaran, PC, and representatives from the Securities and Exchange Commission and also from the Stock Exchange.

One of the first tasks undertaken by the CINTEC Committee on Law and Computers was to review and reform the law of Evidence in Sri Lanka.

At the start, the Committee realized that there was a need to examine the law of evidence in order to ascertain whether the law of evidence could deal with new conditions that could emerge through the use of computers and information technology. There was a serious issue; the law of evidence required original evidence in the form of either a statement made by a human or a document prepared by a human. Nothing else was actually evidence according to the law of evidence. The Committee agreed that this would cause serious problems. There are certain processing functions carried on by computers where human beings are not directly involved; e.g., various individuals provide information into a computer on different transactions. Thereafter, the entire document is compiled by the computer. Therefore, special provisions were needed to permit the resulting statement to be admitted as evidence without calling in all the persons who were involved. There could be serious problems in the law when objections could be taken that the original evidence must come to Court which would ensue in all those who were involved coming to Court to explain each transaction carried out in making the document. This would have been highly impractical. At present it is difficult to identify a particular author with regard to any specific information.

There were two legal principles on which the entire Evidence Ordinance is based; one is the best evidence rule; if there is evidence on any subject, then it must be the best evidence available which must be presented in Court. This means, with regard to a document, the original document, and not a copy must be presented in Court. The other rule was the hearsay rule; only the original statement must be given to Court. For example, if a person saw something, then the person who saw that must come to Court and explain what he saw. A third party cannot come to Court and say “this person told me that these things were seen by him”. If a person made a document and confirms its authenticity, then the person who actually made the document is expected to come to Court. There were certain exceptions but generally these two rules were fairly strictly observed with regard to the Law of Evidence. Even at present, the principles remain the same, although there are many more exceptions.

Therefore, the Committee decided that there should be amendments to the law of evidence. Thereafter, CINTEC held a series of seminars and workshops on this subject, addressed to various sectors, such as the banking sector and the public sector. Prof. Samaranayake was of the view that there should be overall consensus. Consequently, after several months there was general recognition that the law of evidence should be comprehensively reformed. This assignment was assigned to Mr. Dharmawardena on a consultancy basis.

The Committee requested Mr. Dharmawardena to prepare comprehensive proposals for the amendment of the law of evidence and for introducing new provisions. Mr. Dharmawardena reminisces that he reported to the Committee at every meeting on the research that he had carried out and his findings on the need for computer related evidence and the kind of evidence that may be dealt with under a new law. He worked entirely under the guidance of the CINTEC Committee on Law and Computers and the Committee members actively contributed towards this venture. Meetings of the Committee on Law and Computers were held monthly at CINTEC.

The Committee reviewed the proposals prepared by Mr. Dharmawardena and made several recommendations. These recommendations were discussed and incorporated into the proposals and these were again presented to a wider audience at various seminars and workshops. Thereafter, these proposals on the admissibility of information produced by computers and other electronic devices were finalized and this work carried out by the Committee resulted in the Evidence (Special Provisions) Act No. 14 of 1995.

But Mr. Dharmawardena reflects that even at present, the number of cases in which the special provisions law was actually deliberated on and positive decisions were taken, is rather infrequent in Sri Lanka.

Proposals for legislation on Computer Crime:

After completion of the project on law of evidence, the Committee proceeded to address the subject of computers and crime. The Committee recognized that there may be various types of new issues and events that may not be dealt with under the criminal law. The criminal law had also been developed in a traditional manner; it dealt with tangible property; that is, property that can be seen and touched, or the law addressed an injury or harm done to a human. Therefore, the same problem transpired again. Through computers, damages and harm could be carried out, which could be worse than the harm done to tangible property. Therefore, the Committee recognized the need for amendments to the law or a new law to deal with computer crime.

This specific project at CINTEC was on developing proposals for legislation on computer crime; it required identifying gaps in the law and developing new legal principles on computer related crime. After the closure of CINTEC, its successor, the ICT Agency (ICTA) Sri Lanka took over this work. This work was under the purview of Mr. Jayantha Fernando, who was a Director/Legal Advisor at ICTA. Subsequently, the Computer Crimes Act of 2007 was enacted as legislation in May 2007. It creates offences for unauthorized modification, alteration or deletion of information and denial of access, which makes it an offence for any person to program the computer in such a manner so as to prevent authorized persons from obtaining access. Other offences include causing damage or harm to the computer by the introduction of viruses and logic bombs etc, unauthorized copying of information, unauthorized use of computer services and interception of a computer program, data or information while it is being transmitted from one computer to another.

Proposals for legislation on Electronic Transactions:

The Committee having recognized the need to address this area of the law constituted a subcommittee, which addressed this issue. This work too was eventually taken over by ICTA and addressed by Mr. Jayantha Fernando. Mr. Dharmawardena notes that this work led to the enactment of the e-Transactions Act No. 19 of 2006. This Act is based on the standards established by United Nations Commission on International Trade Law (UNCITRAL), the Model Law on e-Commerce (1996) and the Model Law on e-Signature (2001).

Mr. Dharmawardena finally notes that the many processes and rules are practical problems. He also notes that ICT cannot go backward to accommodate the law. Therefore, the law has to move forward to accommodate the various types of conditions that have emerged with ICT including Artificial Intelligence and various activities carried out by computers with hardly any human involvement.