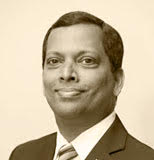 Jayantha Fernando is an Attorney who pioneered ICT Law reforms in Sri Lanka for nearly 20 years. With a specialized Masters Degree (LLM) in IT & Communications Law (University of London), he gave leadership to Sri Lanka’s accession to the “Budapest Cybercrime Convention” and Sri Lanka’s ratification of the “UN Electronic Communications Convention”, both first for South Asia.

His ICT Law expertise covers a range of topics, including Information Security/ Cyber Crime, Intellectual Property Rights & Software licensing, Privacy, Electronic Transactions & Mobile Banking, Internet governance and drafting / negotiating complex IT Systems Contracts. He has extensive ICT law and policy reform experience in several countries and serves as an expert with both UNCITRAL and Council of Europe. In his spare time he is a Visiting lecturer at the Faculty of Law, Uni of Colombo, Sri Lanka Law College and at several other Universities.

He sits on several Boards, including at the national Cyber security Institution (Sri Lanka CERT). He was the former Chairman of the Board of Directors of LK Domain Registry (.LK). He is also General Counsel / Chief Legal Officer of ICT Agency (ICTA) of Sri Lanka.

In the Internet Governance arena, Jayantha was the first South Asian to be elected as Vice Chair of the ICANN’s Government Advisory Committee (GAC), and also served in the ICANN Nominating Committee, as its Associate Chair (2005-07). In June 2016, he became the first South East Asian to be elected to the nine (9) member global bureau of The Cybercrime Convention Committee (T-CY) of the Council of Europe in Strasbourg. The T-CY administers the Budapest Cybercrime Treaty at a global level.

Jayantha Fernando is also a British Chevening Scholar of the UK Govt (2002) and an Eisenhower fellow USA (2012).

Jayantha Fernando, who has reached many milestones in the area of law and ICT, entered this area almost by accident. It was 1995 and Jayantha was working as a judicial intern to Hon. Justice Mark Fernando, Senior Justice of the Supreme Court of Sri Lanka, who used to say that new entrants to the legal profession should consider entering new areas of the law. Therefore, Jayantha sought new opportunities. He was informed that there were openings for research assistants at the Computer and Information Technology Council of Sri Lanka (CINTEC) – which was later renamed the Council for Information Technology. This specific project at CINTEC was on developing proposals for legislation on computer crime; it required identifying gaps in the law and developing new legal principles on computer related crime. Jayantha was first introduced to Mr. Yasantha Kodagoda from the Attorney General’s Department who in turn introduced him to Mr. Kolitha Dharmawardena, who was then a Senior State Council. Kolitha became Jayantha’s mentor and a lifelong inspiration.

Jayantha discovered that CINTEC carried out its mandate through its Working Committees, rather than employing a large number of staff. The CINTEC Committee on Law and Computers (Law Committee) was established in 1986. At its first meeting held in February 1986, the rationale for the setting up the Committee was discussed: “…… In a few years Computer Technology related matters could become major legal issues. The main purpose of setting up this Committee is to look into the formulation and incorporation into the country’s legal system suitable measures relating to computer and information technology, so as to promote is wide use and development”.

The members of this Working Committee over time included the following; Dr. DM Karunaratne, Director National Intellectual Property Office, Mr. Upawansa Yapa, Solicitor General, Mr. PB Herath and Ms. Dhara Wijayatilaka, who were Secretaries to the Ministry of Justice, Dr. Shirani Bandaranayeke who was the Dean of the Faculty of Law, Mr. Nalin Abayesekera and Ms. Therese Perera, the Legal Draftsman, Mr. Kolitha Dharmawardena, Mr. Lal Dias who represented the banking sector, Mr. K. Kanag-Iswaran, PC, representatives from the Securities and Exchange Commission and also from the Stock Exchange. Mr. Sunil De Silva who was the Attorney General sometimes attended meetings. This was a unique Committee chaired by Prof. VK Samaranayake who was not a lawyer. The Committee at this period was giving the final touches to the proposals for legislation which lead to the Evidence (Special Provisions) Act no 14 of 1995. This was a significant law which dealt with the admissibility of audio-visual recordings and information contained in statements produced by computers, in civil and criminal proceedings in Courts of Law.

Thus Jayantha attended a meeting of the CINTEC Committee on Law and Computers in 1995, where he ascertained the role of the Working Committee, the scope of its work and the impact it made. The issues discussed included Intellectual Property Rights, evidential issues, issues related to computer crime, issues on data interchange, on data protection and privacy. And at this meeting Jayantha realized that he had found the ideal career path.

Initially, Jayantha, under Kolitha’s direction carried out research on computer related crime to ascertain whether the existing criminal law was adequate to deal with threats and abuses created with computers and directed at computers. The Committee also carried out the original background work which lead to the proposals for legislation on e-Commerce and e-Transactions. The Law Committee also gave its inputs to the National Intellectual Property Office on the IPR Act no. 36 of 2003, to meet Sri Lanka’s commitments under the WTO and TRIPS Agreements. Sri Lanka was able to include provisions on protecting software and also integrated circuits in the new Act.

The Information and Communication Technology Agency of Sri Lanka (ICTA) was set up in 2003 under the ICT Act no. 27 of 2003, and ICTA took over the key functions of CINTEC. It was imperative that ICTA carried forward the work done by CINTEC and one of the areas identified to be taken forward was the work being done on law and computers. This area was termed eLaws at ICTA. This was a key program that ICTA implemented under the e-Sri Lanka Development Project (eSL).

eSL was the brand on which ICTA was built. It was a multi donor program, capturing the requirements of the various stakeholders, and eLaws and policy reform were identified as key priority areas. Jayantha was invited by the then Chairman and the CEO to continue the work that had been carried out by the CINTEC Committee on Law and Computers. Consequently, Jayantha headed the area eLaws.

At ICTA Jayantha initially addressed the work which lead to the enactment of the eTransactions Act no. 19 of 2006. And in coordination with the Ministry of Justice, Jayantha worked on formulating and completing the proposals for legislation which resulted in the Computer Cries Act no. 24 of 2007. These two laws were based on international best practices. The eTransactions Act was based on the UN Convention on use of Electronic Communication. ICTA led the initiative towards Sri Lanka’s ratification of the UN Electronic Communications Convention, the only international treaty on the use of cross border e-commerce contracts. Sri Lanka became the first country in South Asia and the second country in Asia after Singapore, to become a State Party to the Convention. Sri Lanka’s ratification of this UN Convention was possible because Sri Lanka had the required legislation, i.e. the Electronic Transactions Act No. 19 of 2006.

The eco-system thus created over the years helped Sri Lanka become the only country in this part of the world to ratify and become full State parties to both these ICT law treaties.

Jayantha further states that ICTA played a significant role through its involvement with the Central Bank of Sri Lanka in formulating the Payments and Settlements Act no. 28 of 2005 and the Payment Devices Frauds Act.

Reviewing the work that has been carried out, Jayantha says that the work he has been involved in covered multiple sectors and therefore there was a necessity to understand the requirements of all stakeholders and then recommend other areas of policy reform in the country.

Jayantha has been involved in groundbreaking work in the area of law and policy reform and has achieved key milestones through both CINTEC and ICTA, and has contributed greatly towards setting the necessary legislative and enabling environment in place.

He cautions that Sri Lanka should not think that everything has been done and be satisfied. An immediate priority is the need for adequate laws on privacy and data protection. This is especially necessary due to the recent enactment of the Right to Information Act; citizens need to know that information collected pertaining to them by the Government and by financial institutions will not be misused nor be used without our authorization. Therefore, he states that two global standards are being considered – one is the Council of Europe Data Protection Convention and the European Data Protection Regulation adopted by the European Parliament.