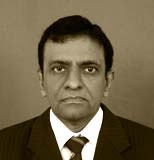 Mr. Jagath Ranawaka was educated at Royal College, Colombo and received a Bachelor’s degree in Physical Science from the University of Colombo.

Mr. Jagath Ranawaka established his own company, Jagath Robotics Pvt. Ltd in May 1985. He has over thirty years’ experience in managing the company on areas which included sales and manufacturing computer hardware and software development, with more than 100 employees.

He has over thirty years of experience in professional software solution development involving developing, testing, implementing, documenting, requirement gathering, analyzing and designing and R & D. He has several years’ experience in designing electronics based factory automation systems including PLC Programming. He has overseas onsite experience in Russia (supplying computers for hospitals), in Kenya (installation of hotel management software/hardware, and in Singapore (software, hardware).

Mr. Ranawaka was the Founder President of the Sri Lanka Association for the Software Industry (SLASI) which he set up with several others in the software development field in Sri Lanka formed the. He is a Fellow of the Computer Society of Sri Lanka.

Mr. Jagath Ranawaka had a penchant for radios, manufacturing toy cars and electronics-related products from childhood. While studying in Grade Seven at Royal Junior School in 1969, he followed a postal diploma course on Radio Electronics at Capital Radio Institute owned by Mr. GD Dharmadasa in Battaramulla, Sri Lanka. He studied basic electronics for the Ordinary Level and Advanced Level examinations and entered the University of Colombo in 1976, to read for a degree in Physical Science. During his first year at the University there was a notice on the notice board stating that there would be lectures by Dr. Thuraisingham, the Physical Chemistry Lecturer, on Computer Programming for Chemists. Mr. Jagath Ranawaka attended these lectures and this is how he was first introduced to computer programming. As a second year student Mr. Ranawaka learnt FORTRAN programming from Prof. VK Samaranayake, as part of the subject Applied Mathematics. The University had only card punching machines in the mid 1970s and these cards were sent to the State Engineering Corporation to be compiled. It used to take almost a month for the computer program compilation sheet to reach the students.

Subsequently, on graduation, the first organization to which Mr. Ranawaka applied for employment was AMS Computer Services in Colombo 03, which was one of the first computer firms in Sri Lanka. This organization had ICL computers with 2K memory and tape drivers. Mr. Jagath Ranawaka reminisces that Mr. Chandi Wijesekara, the Managing Director of AMS had recommended that Mr. Ranawaka should become a programmer rather than a computer operator because the temperature in the computer room at that time was 60° F and Mr. Jagath Ranawaka, Mr. Wijesekara had said was “too thin” to work in a cold room. Thereafter, a newspaper advertisement was published by A to Z Computer Services Limited, an UK Based Software Development Company in which Dr. Maya Sittampalam Rainford was the Managing Director asking for graduates as Computer Programmers. Mr. Jagath Ranawaka was one out of 30 graduates who were selected out of 300 applicants through an aptitude test. After a three months’ training on Computer Programming, Mr. Ranawaka wrote programs using COBOL language on paper (Coding Sheets) for customers in the UK and intended for Burroughs computers. These programs were initially (for one year) sent to the UK where they entered the programs into computers and compiled the programs. Mr. Ranawaka was subsequently employed at several organizations before he established his own Company, Jagath Robotics Pvt Ltd. The companies in which he was employed were; Informatics which had Nixdorf Computers, 3-Acre Farms which had a one-drive Cannon Microcomputer with programming in BASIC Language, Fentons Computers which had NEC Microcomputers, and Ernst and Whinney Chartered Accountants in which Jagath was a Systems Analyst assigned to its associated firm MSL Computer Services. At MSL, Jagath had the opportunity of working as the project leader for computerizing the International Division of People’s Bank and also Mercantile Credit Ltd Hire Purchase System. There were IBM System 34 and 36 machines and programming was on IBM RPGII language. While working at Ernst & Whinney, Mr. Jagath Ranawaka attended evening classes and studied Electronics and Micro Processor and Microcomputer Technology, under a two-year Diploma Course at the Institute of Technological Studies (ITS), which was affiliated to a USA Ohio, HIKOK Technical Institute.

Mr. Jagath Ranawaka started Jagath Robotics Pvt Ltd in May 1985 because he wanted to enter the areas of both computer hardware and software. He named his Company “Jagath Robotics Pvt Ltd” because Jagath means “International” and Robotics means “automation”. Jagath did not want to be involved in only software development and he started selling IBM compatible computers (as he states, this was the first time in Sri Lanka), printers, digitizers, plotters, LCD Display Projectors (for the time first in Sri Lanka) imported from various countries, and also started manufacturing products such as printer sharers, phone recorders, PABX call data recording software and electronics related products, all of which were branded “JRL”. Mr. Ranawaka also commenced automation projects such as counting cigarettes for the Ceylon Tobacco Company, and a Land Slide Warning System at Beragala (Haputale) contracted by the National Building Research Institute.

In February 1986 JRL received orders for supplying computers to many Government Ministries and for training the managers, engineers and architects employed in these Ministries. This came about when Prime Minister Premadasa visited the JRL stall at the 150th year exhibition of Royal College, Colombo. The Prime Minister was impressed and requested all Ministries under him to purchase computers and the engineers in these organizations to be trained at JRL. JRL trained these engineers on applying various applications into their day to day work; the engineers were trained on spreadsheets using “Lotus 123”, word processing using “Word Star” handling data using “dBase II”, Computer Aided Design and Drafting using “AutoCad” and also finite element analysis of building structure analysis using the software “Microfeap”. These classes on Computer Appreciation and Computer Literacy were popular among many, including Medical Doctors, Accountants, Business Managers and also children. JRL was able to market IBM compatible computers to the professionals who followed computer classes. In addition to Mr. Ranawaka, the other lecturers at the JRL Training center were Mr. N Madasudanan, a Civil Engineer working for the Irrigation Department, Mr. Srilal Ahangama, a Chartered Accountant and Dr. Daya Ranaweera who lectured on finite element analysis (with Microfeap).

In 1988, JRL imported computer parts from all over the world, assembled the computers, laptops and branded these as JRL for the first time in Sri Lanka. Orders for these computers were received from Russia and the Netherlands. JRL exported computers and other products until JRL discontinued the computer assembly operation in 1996.
The first customer who purchased a computer from Jagath Robotics was Mr. Arthur Senanayake, who was then the Managing Director of Germania Pvt Ltd (a steel importing Company). This was in 1985. The second computer was purchased by Ven. Galaboda Gnannissara Thero (“Podi Hamuduruwo”) of the Gangaramaya temple in Colombo. The latter purchased the computer to develop a computerized address list of the devotees of the temple (“dayakayas”) stored on a diskette so that maintenance of this information was easy and letters could be posted by pasting the printed address labels from the computer. Later “Podi Hamuduwo” wanted to set up a training center to train students on computer operations free of charge. Consequently, JRL commenced the center at the temple in 1986 and managed the Jinaratana Vocational Training Center, with six computers.

In 1988 JRL started its first branch in Matara to service the Project Nilwala Ganga Sluice Gate Operation Automation, contracted by a French Company, Alsthom Ratuae. In parallel to this venture, the first computer training center in Southern Sri Lanka was set up in Matara in 1988. This center was set up to train programmers, computer operators and professionals in the South and to sell computers and software to officers and shops. Almost all students who followed classes at this branch found employment as Computer Operators in that area. Podi Hamuduruwo also wanted to start a similar Vocational Training Center in Matara, a year after the commencement of the JRL Branch (i.e. in 1989), using the old market building at Nupe Junction which was not utilized at that time. By 1989 most students in the Southern district had heard of computers by visiting exhibitions organized by JRL at its branch. At the opening ceremony of this center nearly 6,500 students applied for the free training classes, although there were only six computers purchased for starting this venture. This issue was solved by requesting the applicants to learn typing first by purchasing 100 typewriters, and then assigning half an hour of typing and computer time, per student, per week. Most students who were trained at both these centers obtained employment immediately after the training, in organizations where there were computers purchased from JRL. By 1989 JRL had commenced developing software specifically for the Plantations, and in the early nineties, commenced developing software for the hospitality trade. By 1995 JRL had computerized many hotels in Sri Lanka and a few hotels in Mombasa, Kenya by exporting its software. Soon after the State Sector Plantations were privatized, Mr. ARM Azad, Superintendent of the Holyrood Estate in Talewekelle owned by Hayleys Group Ltd., gave JRL the opportunity of analyzing and developing a program for the Daily Paid Workers Payroll for the Estate Sector. This gave JRL the entry into large Private Sector Planation Companies. After 1996 Mr. Ranawaka changed the software marketing methodology to Software as a Service (SAAS) and charged a very reasonable price per month per Estate, with software as a hired product. This was the key change Mr. Ranawaka has been continuing until now.

In 1994, Mr. Ranawaka (Founder President), with six others in the software development field in Sri Lanka formed the Sri Lanka Association of the Software Industry (SLASI) with support from Prof VK Samaranayake, who was the Chairman of CINTEC (Computer and Information Technology Council of Sri Lanka, later named the Council for Information Technology).

Soon after formation of SLASI, on the invitation of Hon Karu Jayasuriya, the then Ambassador to Germany for Sri Lanka, and with the help of Mr. PD Fernando, the Commercial Secretary of the Embassy, JRL visited “Cebit” Exhibition in Germany to promote Sri Lanka’s IT Products. At the exhibition Mr. Jayasuriya met the Cebit Authorities, and the Sri Lankan delegation was able to obtain funding from the German Government for sponsorship of Sri Lankan software stalls from 1995.This is how JRL was able to enter the export market for its hotel software.

Mr. Ranawaka reminisces that in 1995, when he was a member of the Executive Committee of the Computer Society of Sri Lanka (CSSL), he was the secretary for SEARCC (South East Asia Regional Computer Confederation) conference and exhibition, an International Computer Conference held in Sri Lanka for the first time. Mr. Yasa Karunaratne, the President, Mr. Jagath Ranawaka, the Secretary and the team, including Prof. Abhaya Induruwa went to many countries in the region to promote this conference and exhibition, using personal funds.

Mr. Ranawaka further recalls that in 1996, JRL had to close its computer hardware manufacturing and sales section due to the adverse taxation for manufactured products in Sri Lanka. He states that in parallel, the credit restriction of all banks for JRL made it difficult to obtain credit facilities for its business due to an incorrect listing at the Credit Information Bureau (CRIB – blacklisting) which was revealed only in 2006. JRL continued developing software for the plantation sector to fully automate the integrated accounting operations of Plantation Management and hired the software to private Plantation Companies at a reasonable price. JRL was able to adapt new methodologies to obtain and process information for more efficient management of tea and rubber Plantations. At present JRL has computerized over 200 plantations in Sri Lanka. The Immediate future plan is to develop and provide mobile and web based applications to facilitate information retrieval. 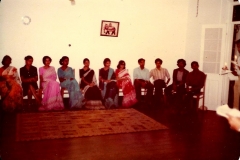 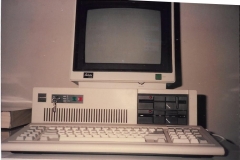 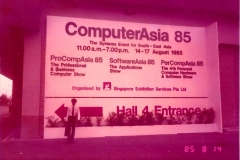 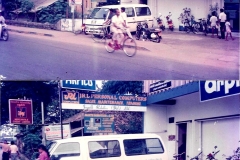 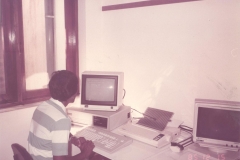 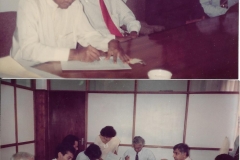 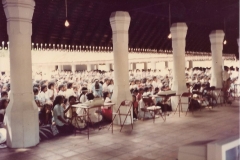 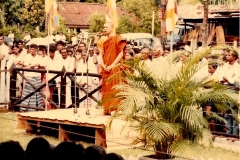 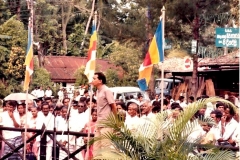 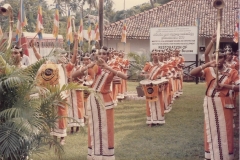 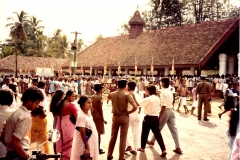 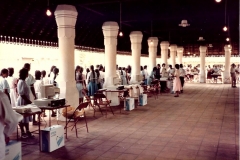